I’m Jason Berberich. I live in Grand Forks, ND with my wife and four boys. I became fascinated by science and technology early in life and when introduced to computers, quickly fell in love. I spent many hours mastering my sister’s PCjr, my elementary school’s Apple II computers, our family’s Packard Bell, and my high school’s Macintoshes. I even had my very own PowerCenter Pro Mac clone in college during that dark period in Apple’s history. 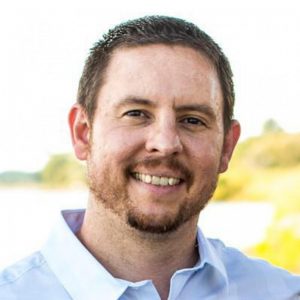 Speaking of college, I attended the University of North Dakota in Grand Forks.  I spent a year and a half as a Computer Science major, but realized it wasn’t a good fit for me after taking a course on the x86 assembly language. Soon, I found myself over in the College of Business where I was one of the first students to graduate from the newly created Information Systems program.

Shortly after graduating in the spring of 2001, I joined North Dakota’s EduTech, known at the time as SENDIT. I spent several years as a technology trainer to North Dakota K-12 educators and then worked as the organization’s web developer/designer for three more years until I left in 2006.

Since then, I’ve been working for a couple of businesses I helped build from the ground up. International Trade Solutions is a US Customs Broker and Greeneye e-Manifest is an ACE e-Manifest provider. I served as the CTO for both companies and preform almost all technology-related tasks, from troubleshooting Windows desktop problems to web design to developing technology and business process strategies that let us offer a great product to our customers.

I now work for Microsoft as an Azure Cloud Solution Architect. I work with an amazing team and get to help customers move and re-architect their applications to best take advantage of Azure and cloud native technologies.

Why do I blog?

That’s a great question. I blog primarily as a creative outlet. I love to write, and I love to share ideas with others. I’ll write about almost anything interesting, including business, technology, design, politics, and religion and philosophy. I have a very wide range of interests, so my blog posts tend to mirror that by being all over the map. I’m totally OK with this, and I hope you are too.