I’d been dying to see Scott Pilgrim vs. the World since I saw the first trailer for it last March. I didn’t get to see it in the theaters this summer, but I last week I finally got to sit down and watch it on Amazon streaming. Since then, I’ve watched it at least 2-3 more times.

In short, I love this movie. It’s fantastic – one of the most unique movies I’ve ever experienced and one of my favorite films of recent memory. And while I can see why it wasn’t a mainstream hit, it’s a travesty that crap like Little Fockers earn three times more than it at the box office. 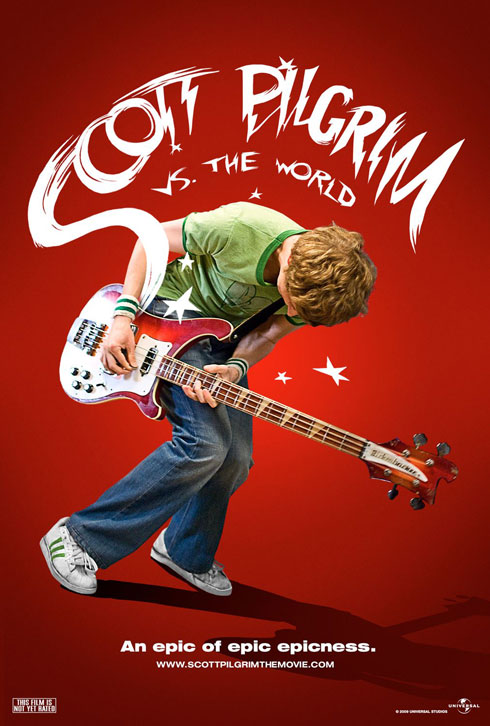 In 15 to 20 years from now, Scott Pilgrim vs. the World will be seen as the defining movie of its respective generation, and if it isn’t, it should be. No movie has better encapsulated and satirized the interests and temperaments of contemporary youth, and no future movie is likely to surpass it. 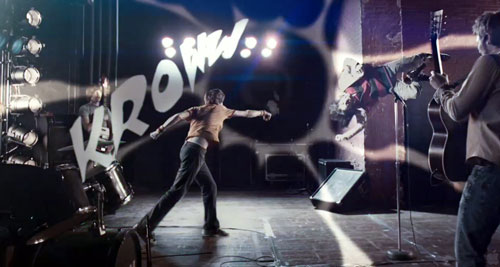 The movie’s main plot is this: Scott Pilgrim, bass player for the somewhat crappy band Sex Bob-Omb, meets and falls in love with the new girl in town, Ramona Flowers. But in order to be with her, he must first fight and defeat her seven evil exes.

Scott Pilgrim is based on the six-volume comic book series by Bryan Lee O’Malley. While that amount of material is obviously too much to tackle in a two-hour movie, the film covers the main storyline and perfectly captures the tone of the series. And while we’ve all seen comic book stories turned into movies, this is the first time I can think of where they actually made a comic book movie (hope you get the distinction there). 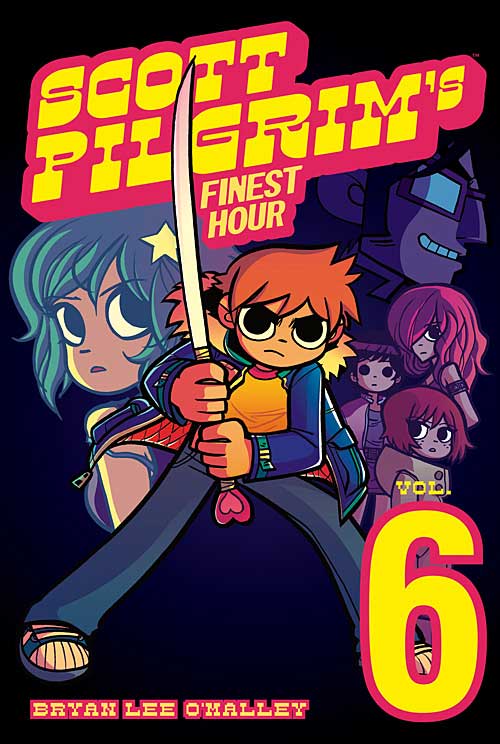 Director Edgar Wright uses every tool at his disposal – fast pacing, rapid camera cuts and transitions, comic book framing and styling, video game graphics and sounds – to create a live action comic. Scott’s fights with the evil exes are presented as in a distinctive video game style that will be instantly recognizable to anyone growing up playing Nintendo and Playstation. The amount of detail paid to the visuals, sound design, and the soundtrack is staggering. It’s a very well-made film, and is a joy to watch. 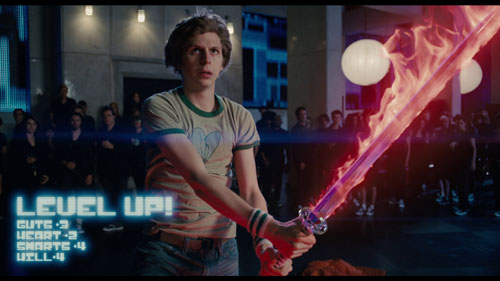 Wright also did a tremendous job in casting Scott Pilgrim. Michael Cera (disclosure – big fan here) is perfect as Scott, and the supporting cast – including Mary Elizabeth Winstead, Ellen Wong, and Kieran Culkin – are equally talented in their respective roles. The cast’s comic timing,
in particular, is spot-on. 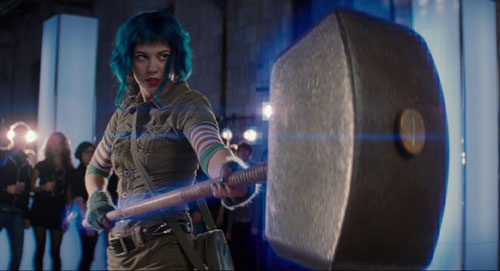 That’s not to say the movie is perfect. Despite the epic fight scenes, you never get the impression that Scott is in any real physical danger. But more importantly, because of some important but untold backstories left to the comic book series, we don’t get a good sense of why Scott should end up with Ramona instead of Knives, his “fake high school girlfriend”. This is understandable given the time constraints of the film, but disappointing nevertheless.

Still, what director Edgar Wright has created in Scott Pilgrim is an homage to those of us who grew up in the “Nintendo Generation”. It celebrates its geekiness, which could be why so few people saw it in theaters. This is very unfortunate, because this movie has a lot of heart and is a ton of fun. 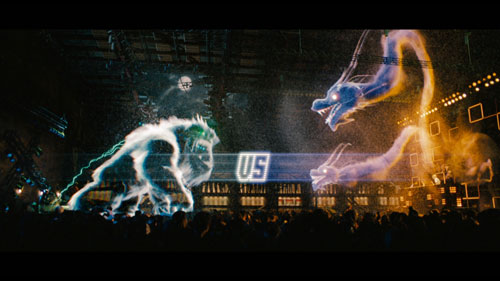 So, if you missed Scott Pilgrim the first time around, do yourself a favor and rent it or add it to your Netflix queue. You won’t be disappointed. 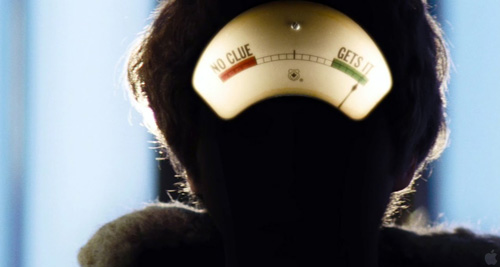