As much confidence as we have in the story we’re telling, we are also comfortable saying, “But what do we know?” This is our best version of the story of Lost, and it’s the definitive one. The worst thing we could ever do is not end it, or go with some bullshitty ending like a snowglobe or a cut to black. That was genius on The Sopranos, but The Sopranos isn’t a mystery show. For us, we owe our best version of a resolution here.

I was a latecomer to Lost, having waited several years to start watching the first season on DVD. I continued watching the series with interest (but also with a lack of urgency) until a couple of weeks before the final season started in February. Then, determined to get caught-up, I embarked on a two-season, 31-episode, viewing marathon that allowed me to experience the closing chapter of Lost alongside millions of other viewers.

Needless to say, I love this show. With its mixture of fantasy, religion, philosophy, science fiction, action, and character-driven stories, it is unmatched by anything else on television – past or present. And unlike most other television series, the creators of Lost were able to fully tell – and end – the story they envisioned.

And that’s what I want to talk about here. Not the show’s flaws – there are plenty – but how producers Damon Lindelof and Carlton Cuse chose to end things. Or not end things, depending on your opinion.

Lost’s finale, like the rest of the series, was a Rorschach test. What you think it means says more about you than it does about what ‘Lost’ masterminds Damon Lindelof and Carlton Cuse actually put on the screen.

I feel that the Lost finale – the most emotionally draining (and satisfying) television I have ever experienced – was, simply, perfect. From the coffin being taken off the airplane in the opening scene, to the shot of Jack’s eye closing at the end, it was masterfully crafted. Each person’s moment of “awakening” too, was beautifully captured as memories of their lives washed over them and filled them with joy. Yes – I cried.

True, many questions about The Island and its scientific and mythological properties were left unanswered. New ones were even introduced. I can totally empathize with those who were left disappointed and angry after viewing “The End”.

But, Lost is more about the questions, not getting clear-cut answers. Questions offer choices and possibilities – one of the ever-present themes throughout the series. Yeah, there would be some satisfaction in knowing how The Island works and how it got there, but I think there is something really valuable in not knowing. Speaking at TED of his long unopened “Tannen’s Mystery Magic Box”, Co-creator J.J. Abrams captures the idea brilliantly:

The thing is, that it represents infinite possibility. It represents hope. It represents potential. And what I love about this box, and what I realize I sort of do in whatever it is that I do, is I find myself drawn to infinite possibility, that sense of potential. And I realize that mystery is the catalyst for imagination. Now it’s not the most ground-breaking idea, but when I started to think that maybe there are times where mystery is more important than knowledge, I started getting interested in this.

Lost has always been about its characters: Messed-up, broken humans haunted by personal demons, offered a chance of redemption on The Island. “The End”, lacking in answers for some fans, gives as perfect an ending for the survivors of Oceanic 815 as one could hope for. We’ve gotten to see the best and worst of these characters, shared so many weird and magical experiences with them, and we finally get to see them all together again – and happy.

There are so many different layers of meaning and symbolism threaded through Lost that even though the series has ended and the creators’ story has been completely told, we fans are left with numerous possibilities to discuss and explore long into the future. By leaving us with questions, Lost will live on. 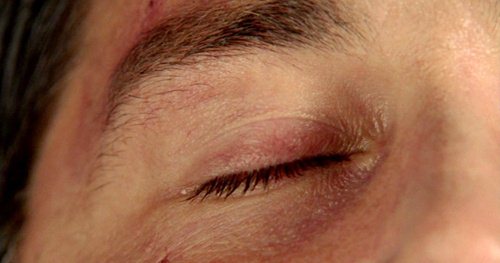