With just a day left until Apple’s special event the company scheduled for January 27th, speculation on the expected-to-be-announced Apple Tablet (or whatever the official name turns out to be) has reached a fevered pitch. I don’t think any rumored Apple product – iPhone included – has garnered so much coverage by bloggers and the press. And the unofficial claim by Steve Jobs that the device is the most important thing he’s ever done doesn’t serve to dampen expectations, either. 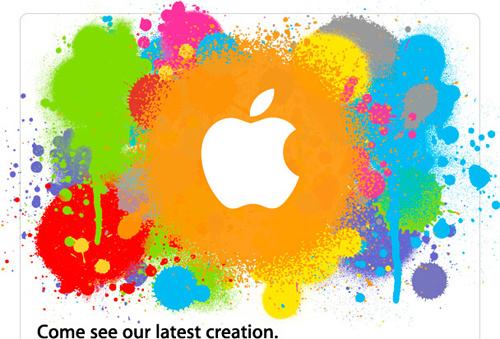 And while you can be sure I’ll be tracking Wednesday’s event coverage on GDGT Live and TWIT Live, I’m skeptical that Apple’s tablet device – or any tablet for that matter – will be a commercial success. Not necessarily because they’ll make a dud (possible, but unlikely), but because the very idea of a tablet computer seems unnecessary.

Still – I can’t wait to see what Apple has made.

Although Apple will be getting all of the attention for its new tablet this week, it is far from the first company to take a crack at the form-factor. Microsoft alone has been pushing pen-based computers for at least eight years (I remember seeing Bill Gates demoing one at a technology conference in Fargo in 2002), and there have been various rumors of an Apple tablet for nearly as long. The product category has seen some success in niches such as law and medicine, but the average person has shown little interest so far.

Why? One big reason is size. There is a small size range – between 8 to 10 inches – that makes sense for a tablet screen. Any bigger and you might as well carry your laptop. Any smaller and you’re competing against the iPhone or Android-powered phones which already do a Good Enough job of running apps and providing connectivity wherever you are. The problem is that a 10-inch device is incredibly awkward. It’s too big to fit in your pockets and too small to comfortably get real work done.

Another problem is that, at least in the past, tablet functionality has been tacked onto existing interfaces and operating systems. Windows XP, Vista, and 7 are each capable of functioning on tablet devices, but from everything I’ve seen and heard, it’s not a great experience. Windows was designed to be used with a keyboard and mouse, and shoehorning stylus or touch technology to work with it creates a novel secondary form of interaction, at best.

Perhaps the best discussion I’ve heard on the basic problems facing the tablet form-factor is from the December 3, 2009 episode of the gdgt weekly podcast. The relevant section – which you can listen to below – is a few minutes long, and worth listening to.

Let’s make the easy to believe prediction that Apple’s table is beautifully designed and has a user interface to match – It’s a home run by every technical and aesthetic measure. That still levels the important detail of how much this new device costs. Apple doesn’t aim to be the price leader in any category (especially with a new product), so expect something in the $800-$1000 price range depending on storage and a few other “premium” features.

Again, the tablet is stuck in the awkward middle. You can get a Macbook for essentially the same price, or a netbook with a 10-inch screen and a keyboard for 1/3 the cost of an Apple tablet. Granted, it won’t be an Apple and the screen will suck, but for most people, price matters. But wait – there’s more! If rumors are true, not only will buyers of the Apple tablet pay the typical premium for the new product (that’s not a knock, by the way – I’ve happily paid it many times myself), but other ongoing costs.

First, it’s expected that just like with the iPhone and iPod Touch, Apple will use the iTunes Store to distribute and sell applications. If this is true, it means you’ve got to go through Apple’s walled garden for every program you put on your tablet – no open source apps, no “unapproved” apps, etc.

Second, it’s rumored that the new Apple device will be the premiere platform for reading books, magazines, and newspapers. If this is true, guess where you’ll be going to purchase or subscribe to this content? Yup – the iTunes Store.

Third, it’s likely the Apple tablet will come with the ability to use Verizon or AT&T 3G broadband to give you an internet connection anywhere. Let’s hope this is at least optional, otherwise that’s another $30-40 monthly subscription you’re required to pay.

Don’t misinterpret my skepticism of tablets with a desire for Apple to fail with their new product.  Sure, I have issues with their general lack of platform and application openness and the potentially high ongoing price tag for their tablet, but I hope they deliver an innovative device that forces just as much industry change as the iPhone did. I just think they’ll face a much harder sell than getting people to buy a phone or a laptop.

And while nobody has scored a hit with a tablet computer yet, if anyone can, it’s Apple.