I’ve been a regular reader of Andrew Sullivan’s blog for a few years now. His political analysis is top-notch, and I find Andrew’s discussion with readers to be consistently thought-provoking in a way I rarely see on other blogs (here’s a brilliant example from today). One of the daily diversions Sullivan has incorporated into his site is what he calls “The View From Your Window”. Started as a week-long experiment of reader-submitted photos in May 2006, the project evolved into a favorite of regular readers. Here is Andrew on the goal of this daily feature:
The point of the project is not to document snow fall in New Orleans, the aftermath of a hurricane in the South Pacific, or a beautiful sunset in the Arizona desert. The best window views are those depicting what you see everyday when you look outside. So show us – and every other reader – your world. Don’t pretty it up; just show it as it is – a glimpse through the looking glass of a blog, at the world its readers live in.

That’s really what it is – a unique opportunity to peek into the daily lives of people throughout the world with whom I have at least one thing in common. The project turned out to be such a success that earlier this year, they decided to turn it into a book: 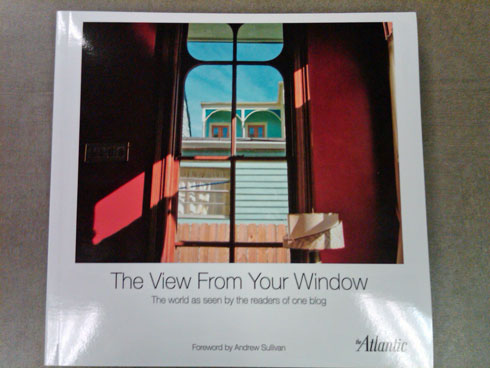 While they were wrapping up photo selections for the book earlier this year, a call was put out for good candidates from several different states, including North Dakota. I happen to have an amazing window view from my office here at the Center for Innovation in Grand Forks, so I decided to submit a photo. Here it is, in my copy of the the book I just received yesterday: 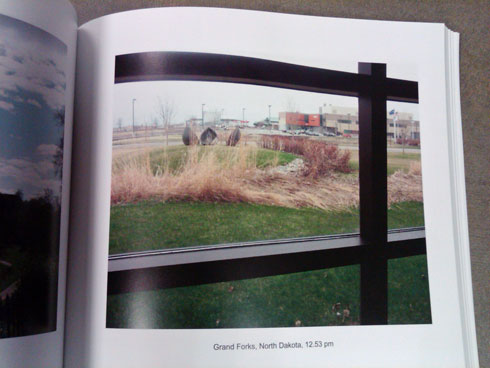 Here’s another shot that I took from the same spot (the Center’s break room) earlier that same day (April 24, 2009).

So, since all the photos in the book are uncredited, I just wanted to share my excitement in having my very first photograph published in a book. Besides, it gives me a good excuse to put in a good word for Grand Forks, my home for 12 years.