A few weeks ago, online personal finance site Mint announced that it was being acquired by its main competitor, Intuit (maker of Quicken, QuickBooks, and TurboTax). Since then, the online discussion around the deal has centered on two topics:

The first topic is interesting, but it’s been done to death by the tech entrepreneur crowd, and I have little to add. Personally, I think it’s great they were able to make a ton of cash off Mint after being around for just three years. More power to them.

As for the second question, worries of Intuit buying and then killing off Mint were not only unfounded, but wildly inaccurate. Not only is Intuit replacing the current Quicken Online with Mint, it’s putting the Mint guys in charge of innovating the Quicken product.

As a long-time Mint user, this is all very exciting. But, I do have one beef with this whole thing: Quicken Online actually has a couple of nice features that Mint doesn’t, and I’d hate to see them get dropped when the current version gets killed off.

Mint is amazing for keeping track of how you spent your money, but is still lacking when it comes to managing the money you’re going to spend. It did get improved budgeting tools a few months ago, but there currently isn’t any way to consider upcoming transactions and their impact on your account balance.

On the other hand, Quicken Online handles this with ease. At a glance, you can see your “RealBalance” – the amount you really have on-hand today dispute transaction lags – and how much discretionary money you have for the next month after bills and automatic withdrawals are considered.

This small feature is extremely useful, and is actually the main reason why I use Quicken Online in addition to Mint right now. 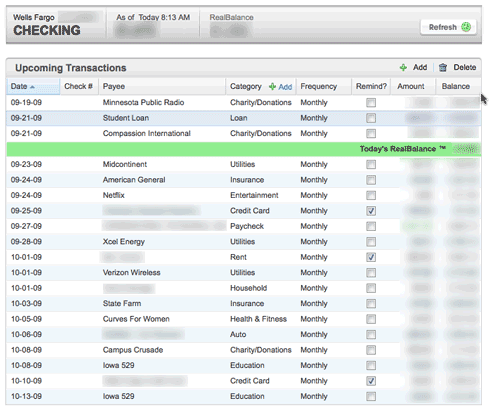 Similarly, Quicken Online gives you a handy graphical representation of how expected future inflows and outflows will affect your account. 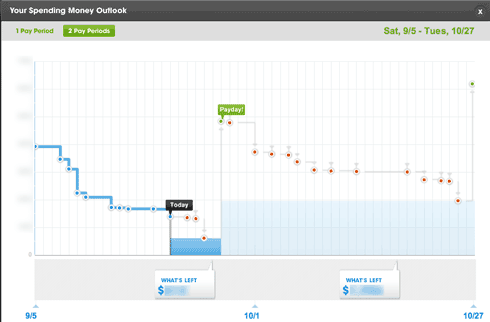 Finally, Mint still doesn’t have a way to easily track purchases made with cash. Again, Quicken Online does this without any problems. 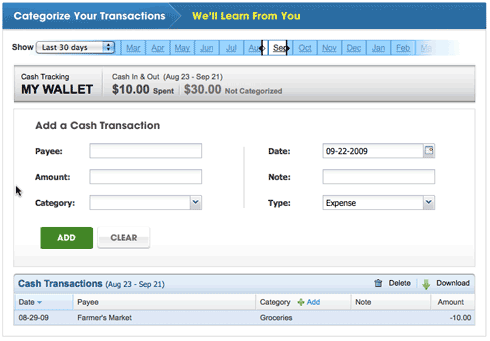 Taking a look at the Mint discussion forums, many others have been asking for these features too, and Mint staffers claim the company is hearing the requests. I’ll give them the benefit of the doubt and assume they are working on adding a cash account and upcoming transaction support to Mint in the future, but I just hope they’re able to do it before they replace the current Quicken Online.