Despite the wonders that are Macintosh, the iPod, and the iPhone, every once in awhile you get a reality check on what Apple really stands for as a company. Monday was one of those times. 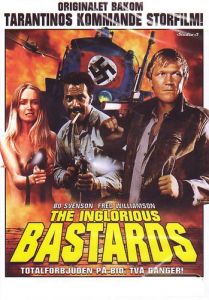 In the one year history of the App Store, Apple has been notoriously inconsistent in what applications get approved or denied. On Monday, it was revealed that the official Google Voice app, submitted to Apple for approval six weeks ago by Google, had been rejected. In addition, Apple also removed all third-party Google Voice applications already in the App Store. The official reason? They “duplicate features that the iPhone comes with (Dialer, SMS, etc.)“. This after one was even personally approved by Apple Vice President Phil Schiller. Classy.

A day later, it seemed that AT&T was the main driver behind all Google Voice applications getting banned from the App Store. That the carrier concocted some imaginary scenario where this service was seen as a direct threat on its business model isn’t surprising. Unfortunately, it’s also not at all surprising that Apple was happy to entertain AT&T’s fantasies by killing these apps. In the process, they also demonstrated their contempt for their customers, iPhone developers, and innovation in general.

Don’t get me wrong – it’s clear that having one, centralized place to download and purchase apps for the iPhone is one of the major reasons for the platform’s success. But with this advantage comes the fact that Apple has complete and total say over what can be run on your iPhone or iPod Touch. The worst part about this situation is that not only does the approval process seem completely arbitrary, but Apple simply does not want to communicate with app developers at all. Take this partial exchange between the developer of VoiceCentral, one of the Google Voice apps removed, and an Apple representative:

Richard: “I’m calling to let you know that VoiceCentral has been removed from the App Store because it duplicates features of the iPhone.”

Me: “I don’t understand that reasoning. By that logic wouldn’t apps like Textfree, Skype, fring, or iCall be considered duplicates?”

Richard: “I can’t discuss other apps with you.”

Me: “It’s not the apps themselves I want to discuss just the lack of consistency in rule enforcement.”

Richard: “I can only say that yours duplicates features of the iPhone and was causing confusion in the user community. It’s against our policy.”

Me: “So what has changed that it is now against policy? It has been in the store for the last 4 months with no problem. There wasn’t a problem for the 1.5 months prior to that when you were ‘reviewing’ it. And this didn’t come up with any of the updates we submitted after it was already in the store.”

Richard: “I can’t say – only that yours is not complying with our policy.”

Me: “Can you tell me what portions of the app were duplicate features?”

You can read the full encounter on the developer’s blog.

Conversations like the one above (if you can call them that) have been far too common. Apple was in top form at the last session of this year’s WWDC developer conference. Topic: The App Store (emphasis is mine):

The content of sessions is under NDA, so I can’t tell you what it was about. So I’ll tell you what wasn’t in it: the audience Q&A session that succeeded nearly every other WWDC session and usually provided invaluable access to Apple employees and useful additional knowledge to attendees. The session itself blew through its lightweight examples quickly, ending 45 minutes early. The majority of the audience was clearly there for the Q&A. As people lined up at the microphones around the room, the presenter abruptly showed a simple slide with only “WWDC” in plain lettering, thanked us for coming, and bolted off the stage. The Apple engineers, usually staying around the stage for one-on-one questions, were gone. The lights came up instantly, and it was the only session that didn’t end in music. The audience was stunned.

It was a giant middle finger to iPhone developers. And that’s the closing impression that Apple gave us for WWDC. Clearly, they had absolutely no interest in fielding even a single question from the topic that we have the most questions about.

This went far beyond reluctant tolerance. It’s hard to interpret it as anything else except blatant hostility. We could probably have a more open discussion with Kim Jong-il about North Korea’s nuclear policy.

If the iPhone didn’t have the App Store, it’d be where it was two years ago with the first generation model – a very well designed phone with a nice web browser and moderate sales.

And as we’ve seen since Steve Jobs’ return to Apple over a decade ago, its secretive natural has served it well – or at least hasn’t harmed it much. But the accumulating case against Apple makes it clear that it has got to become more open to developers about all the App Store policies and processes. A programmer can spend months or longer developing a killer application for the iPhone, submit it to the black box App Store submission process, and only later get a rejection email stating that the program won’t be allowed for reasons that can’t be said.

Apple is quickly burning through any developer trust it accumulated because of the iPhone. Most programmers will go to where the audience (and therefore the money) is, but sooner or later, many will get fed up with the risk and uncertainty of being held hostage to Apple whims and go elsewhere. I’m sure the Android, BlackBerry, or Palm Pre platforms would be delighted to have them.