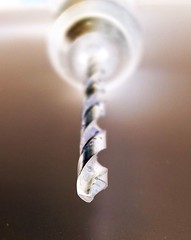 I have a confession to make. When I start a new work or freelance project, I often become obsessed with the search to find the perfect tool to help me get the job done. For some reason, I love the process of researching, testing, and comparing software and web applications and I jump at the chance to learn, explore, and experiment. I know it benefits me in the long run, but it can be quite time consuming and wasteful at the time. And to be completely honest, it’s one of my favorite and most justifiable ways to procrastinate.

So I’ve got a business idea I’ve been kicking around for awhile that I finally want to start working on. I’ll need to have a website up and running eventually, but there are plenty of more important things that need to get done in the mean time. Still, I find myself drawn to the search for what might be the best content management system (CMS) for my perceived needs. Here’s a rundown of some of the packages and tools I’ve considered, and why.

My point is that it’s often easier to us (me) to feel like we’re (I’m) making progress on a project by diving into a fun but trivial part of it instead of doing the real and hard work. In my case, while my business website’s content will be extremely important in influencing potential customers to go with me instead of someone else, the content management system will have little bearing on how many customers I’ll get and how much money I’ll make.

Sure, I can make an argument that a framework like Django or Rails will give me maximum flexibility in workflow and integration with 3rd party tools and services, and that it’ll give me a competitive advantage. It’s not the core of my business idea though, so the more time I spend on peripheral activities means less time I have for real business development.

Still, I think it’s a very grey area. Researching and trying content management systems, billing and invoice apps, and wikis isn’t the same as writing copy for the website or doing marketing, but it’s still a hell of a lot more productive than reading digg or RSS feeds on Google Reader. That’s how I justify it, anyway.