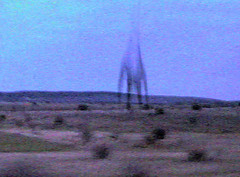 I’m not a huge fan of Nine Inch Nails, but I think their gorilla marketing campaign for their upcoming album Year Zero is awesome.

The band gave its first clue on the back of a tour t-shirt, which lead to a cryptic website. This, in turn, led to more sites being discovered, which unraveled a storyline straight out of a show like Lost. Throw in some USB drives found at concert venues containing songs that themselves contain images, and you’ve got yourself a fan created frenzy.

Rolling Stone has a great summary of the Year Zero storyline on its site, including links to each of the websites involved.

All I can say is that Nine Inch Nails and their team behind this project are pure geniuses.